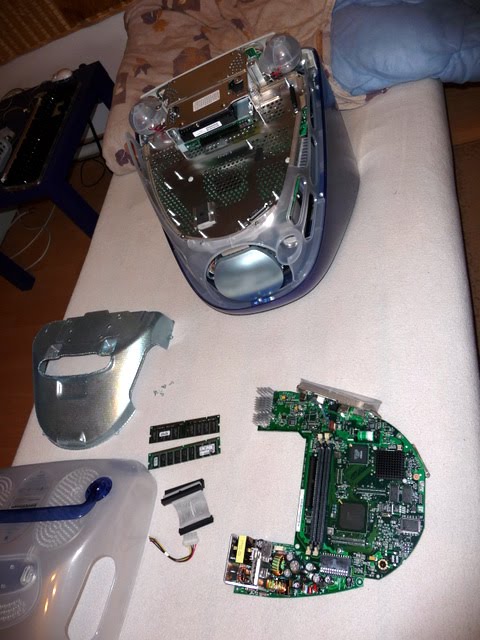 Since I have bought my iMac I knew that it is not a very fast version. But because of availability of 350 MHz G3 CPU's I decided to buy this one and see how does it work. After a while there was one thing I didn't like. No FireWire means no Mac OS X Tiger. I used XPostFacto, but still it was not something I like.

I looked for many sites how to upgrade your old iMac. CPU upgrade is not reasonable these days - it is very expensive, you can buy a better machine for that price. So only option for me was to find a cheap logic board and replace the old one. I knew about the issues with incompatibility but I risked it. I found one logicboard in NYC. But after a few days, it was only 400 MHz instead of 600 Mhz and I didn't want so little increase of power. Then I found 500 Mhz G3 on eBay in Canada only for 35$.


My friend in the USA bought it for me and I waited until Christmas for this delivery. I was not sure if it will work but I wanted to risk it.
The most important thing for me was this iMac G3 Disassembly Guide. I followed the instructions and replaced the logicboard. It was not very complicated but you have to be careful with the screws. If some of them falls inside the case - then prepare for opening the whole case. 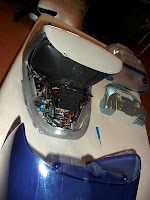 And that was my case. Replacing the logic board was not difficult, the most difficult in this process was bring it to life. The first problem was that the power button has been lit very low. Another thing that OS X was not booting. At first I thought the logicboard is broken or there is not enough power for this type or CPU was overheating.

The worst of all, I was ill that time and instead of lying in bed I was doing "devilry" with iMac. I replaced also HDD with my old DeskStar 120 GB. I formatted whole drive and tryied to install Mac OS 9 but without success.
After fifth time I was a bit desperate what to do next. I almost decided to install the old logic board and live with it like it was before but with OS X Panther.
But after one great SMS I decided to try it once more time. But this time, with the old logic board inside, I installed Mac OS X 10.3 and then replaced the new one. And ... it worked!

I was very surprised. I couldn't believe it. Everything worked perfectly and after a while I installed Mac OS X 10.4 finally. But my body temperature raised and I have finished installations later.

I can say it runs far more better with 500 Mhz CPU, it is possible to watch normal avi videos, browse the web with Safari 4 (playback of flash videos is still bad of course) and with new 7200 rpm hardrive booting time is shorter and work with files is improved. There is also possibility to install Airport card but I use only ethernet connection now.