January 16, 2018
That weekend supposed to be cold (6 & 7 January 2018). Very cold. In fact, later we got to know it was one of the coldest weekends in the history of New York City. This temperature drop was expected to happen after a bomb cyclone a few days earlier. My plans for the weekend were simple - stay at home, keep myself warm and fed, perhaps cinema with a friend.

That idea was so crazy that I canceled all my plans. We (Vivi, Johnny, Boris and me) met in the City next morning and took an Uber to Newark Airport to rent a car there (it is cheaper). 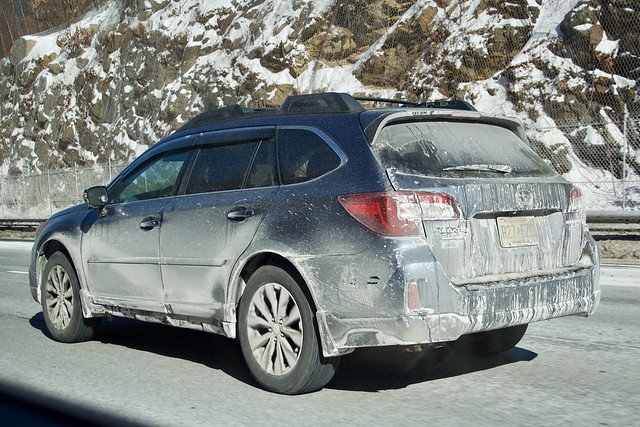 PS: This is not our car, but our car was later almost as dirty as this one.

Expected travel time to Niagara falls from Newark was around 6.5 hours. Probably in the summer and without traffic. It took us almost 10 hours. We survived snowstorms and freezing darkness on some county roads, far, far away from highways. But we saw some interesting places and had fun. 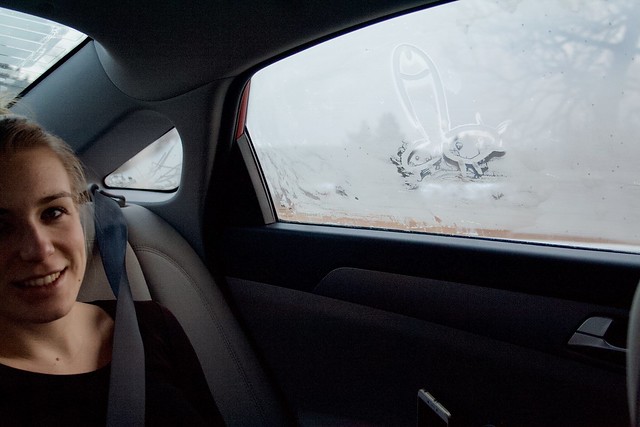 It could be easily -15°C outside in Buffalo and we did not have a warm welcome in our Airbnb. We could not find our key where it supposed to be and we could not reach the owner by phone. Luckily, the owner was inside. So we shouted and threw some snow on windows to make noise. When we got in, the flat was very messy and the owner made excuses such as he was not aware of our arrival because he did not check his phone. Little did we know that the owner was an othodox Jew and it was Sabbath. Perfect. He promised to make everything right after we come back from the short night trip to Niagara Falls. And he did.

The falls at night were colorful. And it was very cold (perhaps -20°C). I became hungry and wanted to go home. We stopped at Wendy's. My first time there, my first Baconator®. 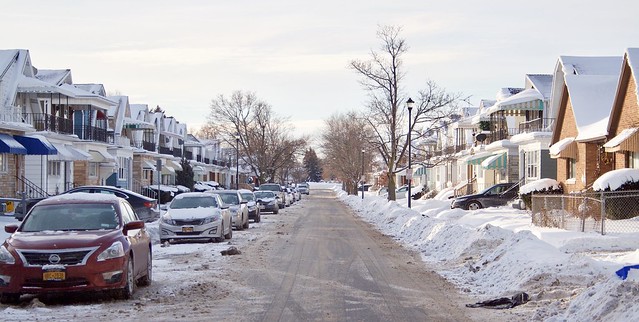 Next morning, we departed early and without breakfast, to see the falls as soon as possible. The weather looked good.

Boris, our guide, knew exactly where to go (Boris has been there several times already). We went to see American Falls first. The view from an observation tower was amazing. Actually, I enjoyed the full view at home. I was freezing and I had some ice on my glasses because of mist. 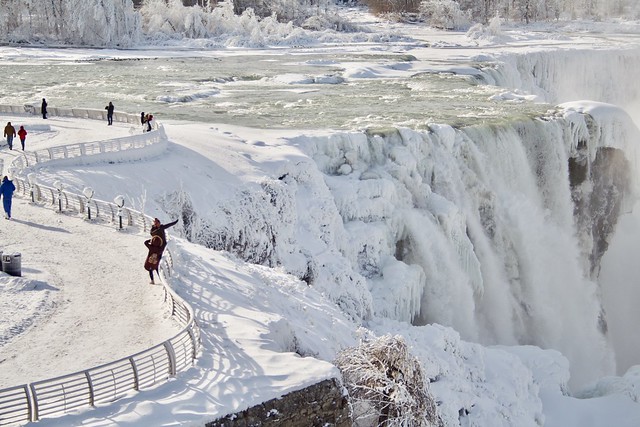 Then we walked to Horseshoe Falls. Do you remember David Copperfield? 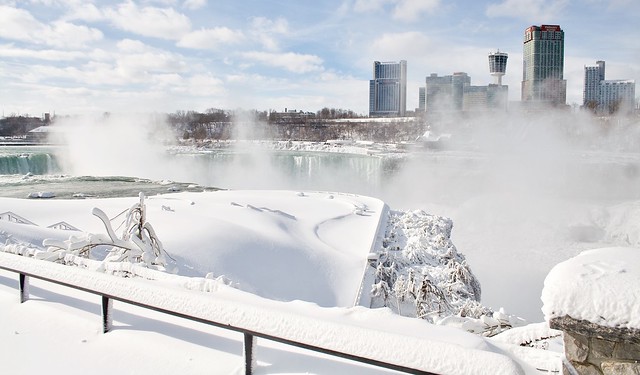 We thought, we are so lucky with the weather, it could not get any better. And then - a rainbow appeared! 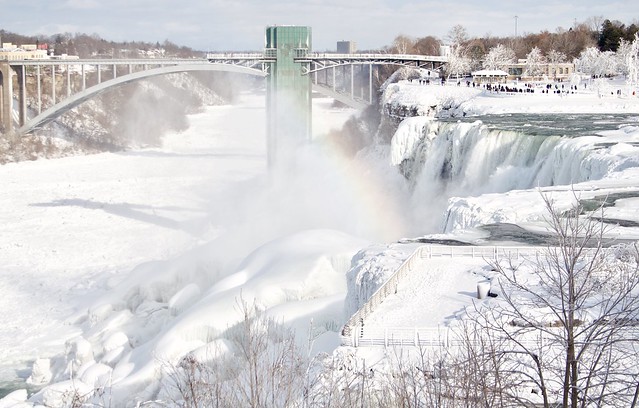 Driving home was long. Boris drove all the way back to Newark. I was recovering from this trip for some days, but it was worth it. And this trip costed me exactly one old Canon 350D DSLR camera (these are the last photos I took with it).

The crew from left:
Johnny - made this trip real
Martin - 4th member to make the roadtrip cheaper
Vivi and Boris - these guys had this crazy idea! Thank you! 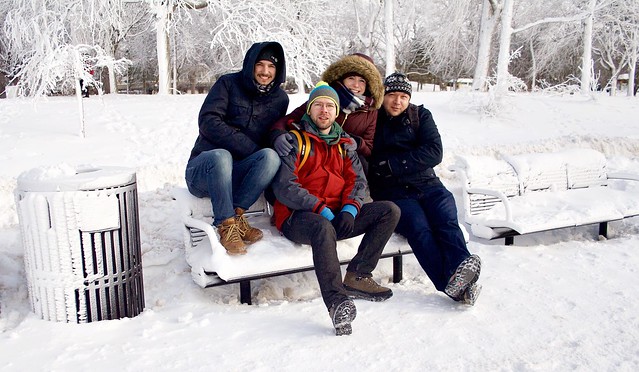