Winter 2015 was quite cold. Especially in the High Tatras in Slovakia. So ... we went there to do some ski touring!

We took a bunch of old CD's with us in the car. Lukas, as the master DJ,  discovered some classics and we listened to, among others, Inner Circle's hits. Fortunately, the road to Gerlachov was not that long.

The view on the High Tatras from our room was great even at freezing night. 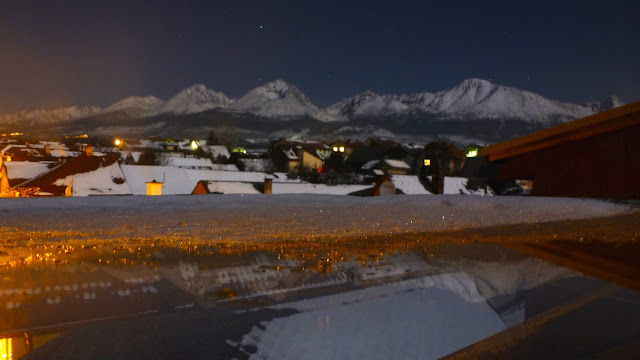 As usual, Lukas brought some materials to read. Our avalanche bible by Bruce Tremper and some other relevant books. I really enjoyed reading the book by Mišo Diviak - Bujón v šumienke - over the whole trip. 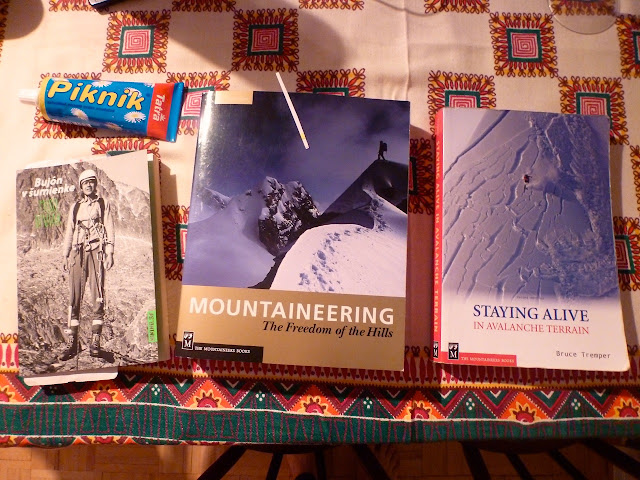 The next morning we got up early, made great egg omelette for breakfast and on our way to Starý Smokovec we saw city of Poprad waking up. The snow layer was quite shallow, but that was about to change soon. 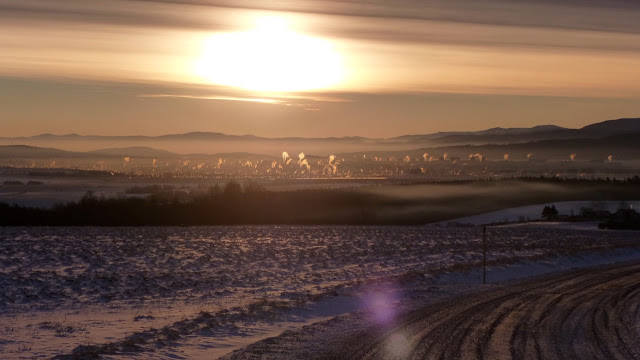 We took a cable car (railway) from Starý Smokovec to Hrebienok to save some precious time. Following the track uphill to the big cold valley or "Veľká Studená Dolina" in Slovak, we met a guy on the way to the hut. He was really suffering with his home-made snowshoes in the deep snow. Eventually he made it to the hut (Zbojnícka chata) and stayed with us one night. 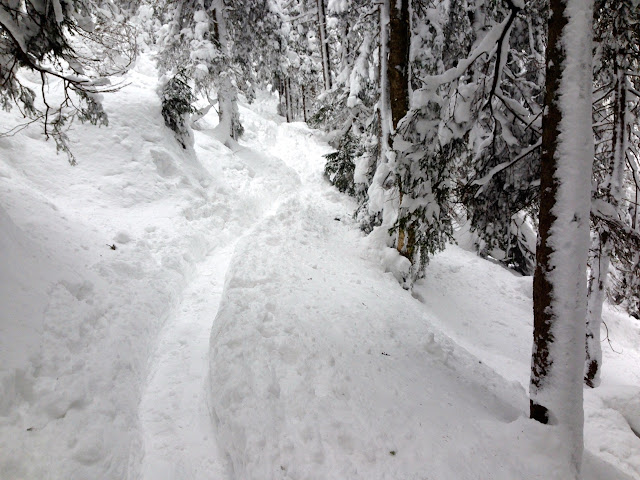 The hut was quite empty (except two young cottagers) and cold. After the lunch and short break we went out and tested the snow conditions and practiced the extended column test (ECT) right next to the hut as well. The quality of snow was okay and we were hoping for a good weather the next day. 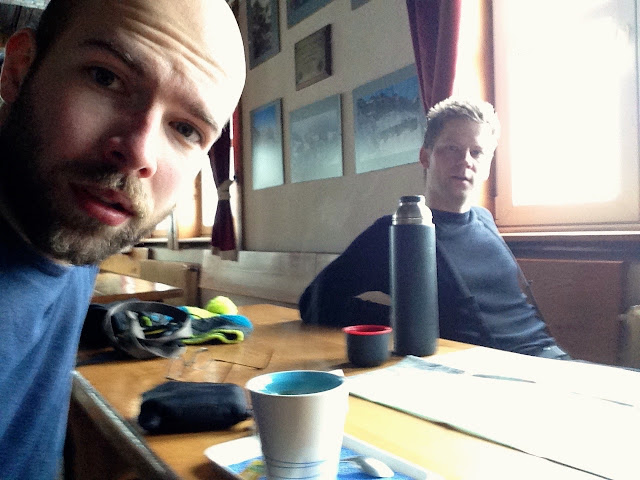 Well, the weather was great. As the first rays of sun appeared, we were heading to the saddle. At that time, we didn't know its name (it was between Svišťový and Javorový štít and the name didn't appear on any map we had). 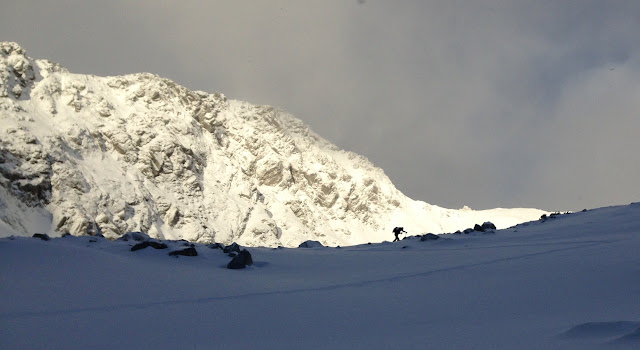 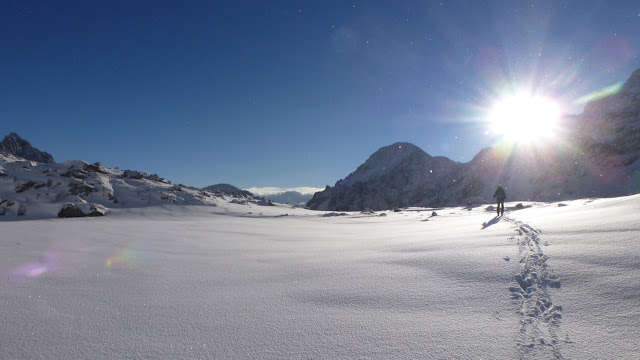 We performed the ECT on the slope (cca 36°), during the ascent. 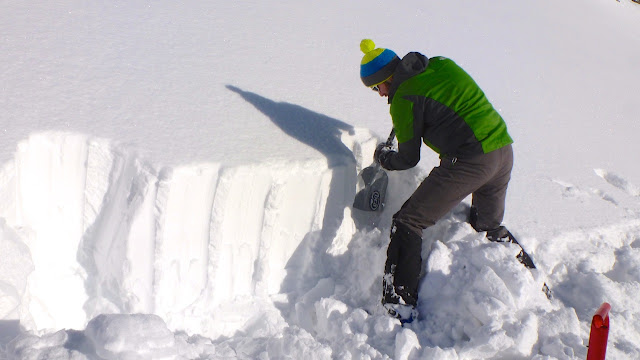 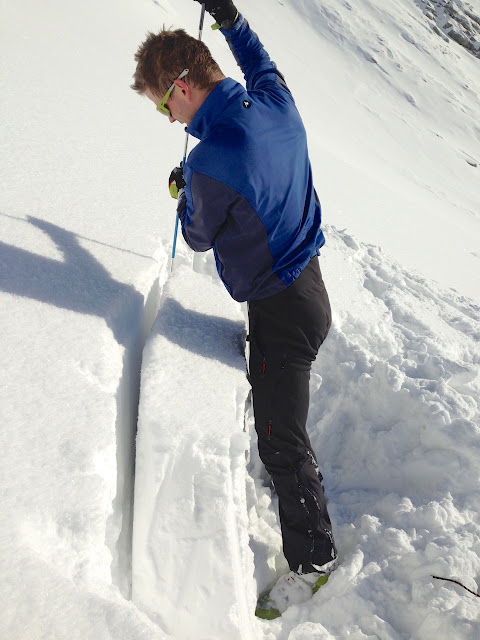 The test was negative so we continued climbing up. 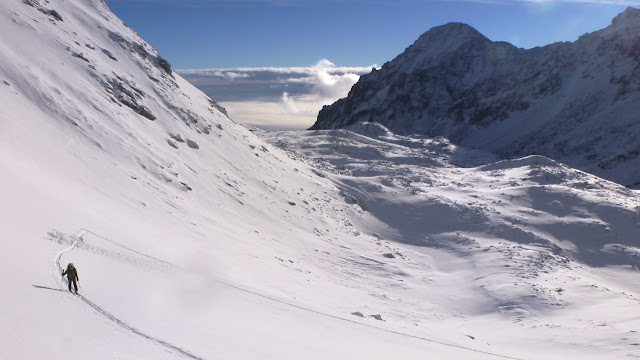 Last meters we had to use axes due to the icy snow. Not that easy but doable. We left the skis a few meters under the saddle. Now I can tell you the name of the saddle - Svišťové sedlo. 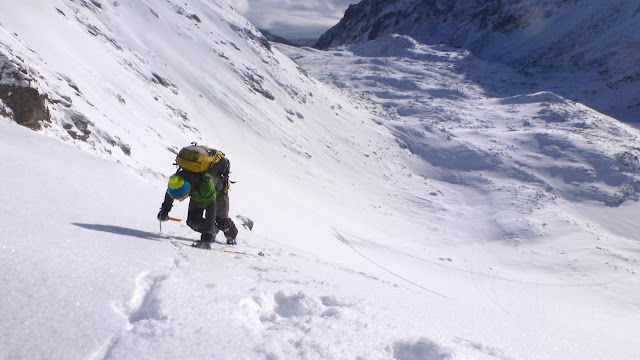 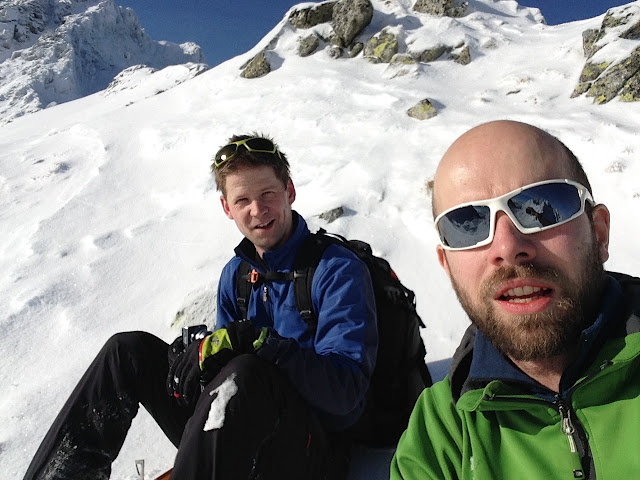 The downhill has been a great reward. 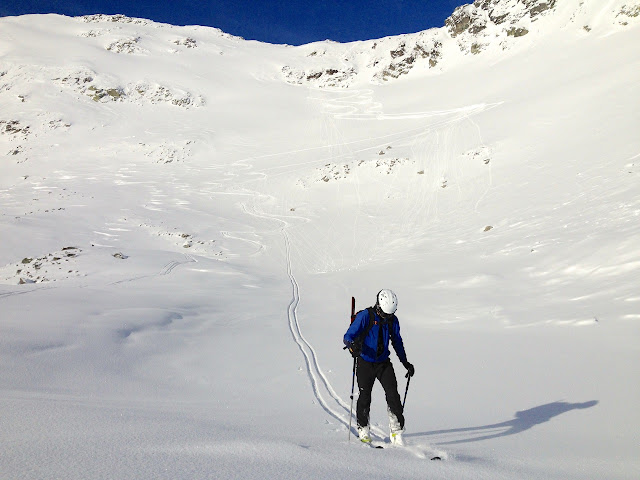 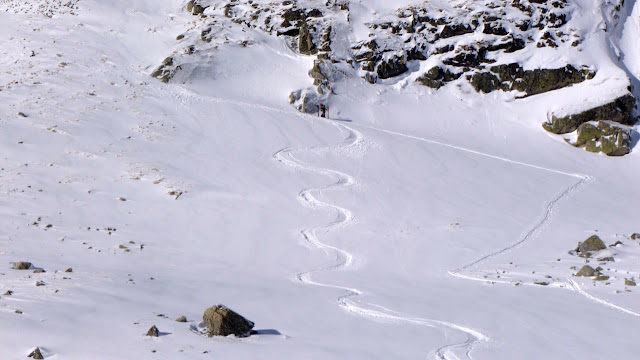 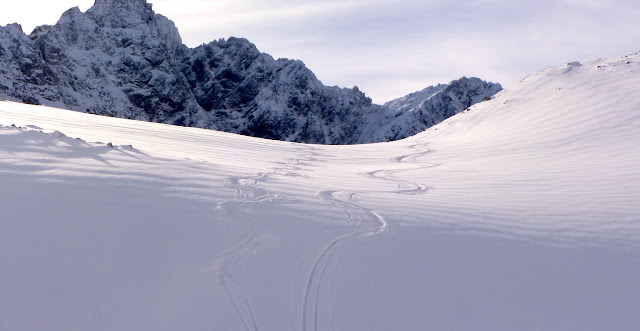 Later in the evening, there was not that much to do. Usually you have these three options - talking, reading and/or sleeping. We met a volunteer from Czech mountain rescue in Jeseníky in the hut. So we talked. Then we read books and went to beds. 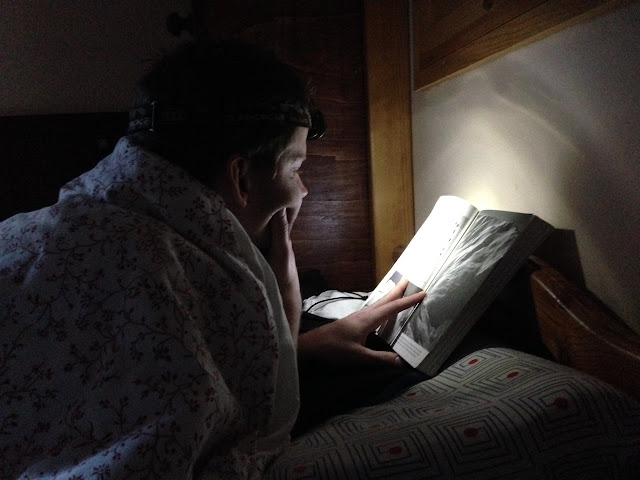 As expected, the next morning was windy as hell. Sometimes it was hard to stand upright. Slowly we descended through a frozen creek, forests and then in Starý Smokovec we got a nice sunny weather again. 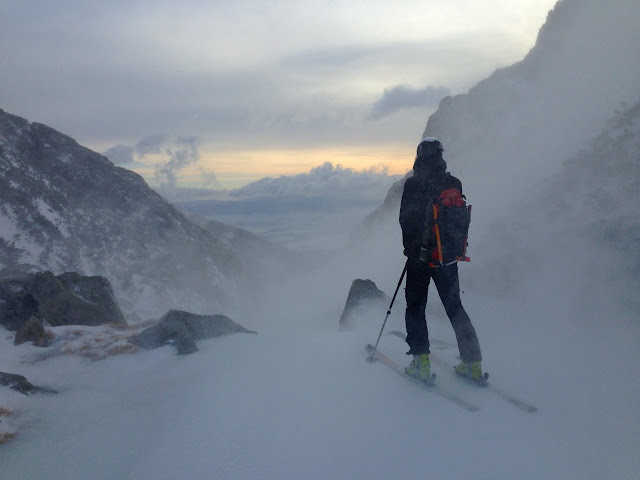 As Lukas told me on the way to Gerlachov and it was the truth, the High Tatras mean something special for us. We were in the Alps and other mountains many times but the High Tatras are for us Slovaks both beautiful and fearsome. The weather changes rapidly, the slopes are steep and full of surprises. And we saw it all.

Short video from the whole trip: