April 13, 2014
I have the insulin pump from Medtronic. It has a very nice feature which can transfer your data from the pump (e.g. blood glucose readings). I used my MacBook for this transfer until Mac OS X 10.9 Mavericks came out. After the update I got this message: 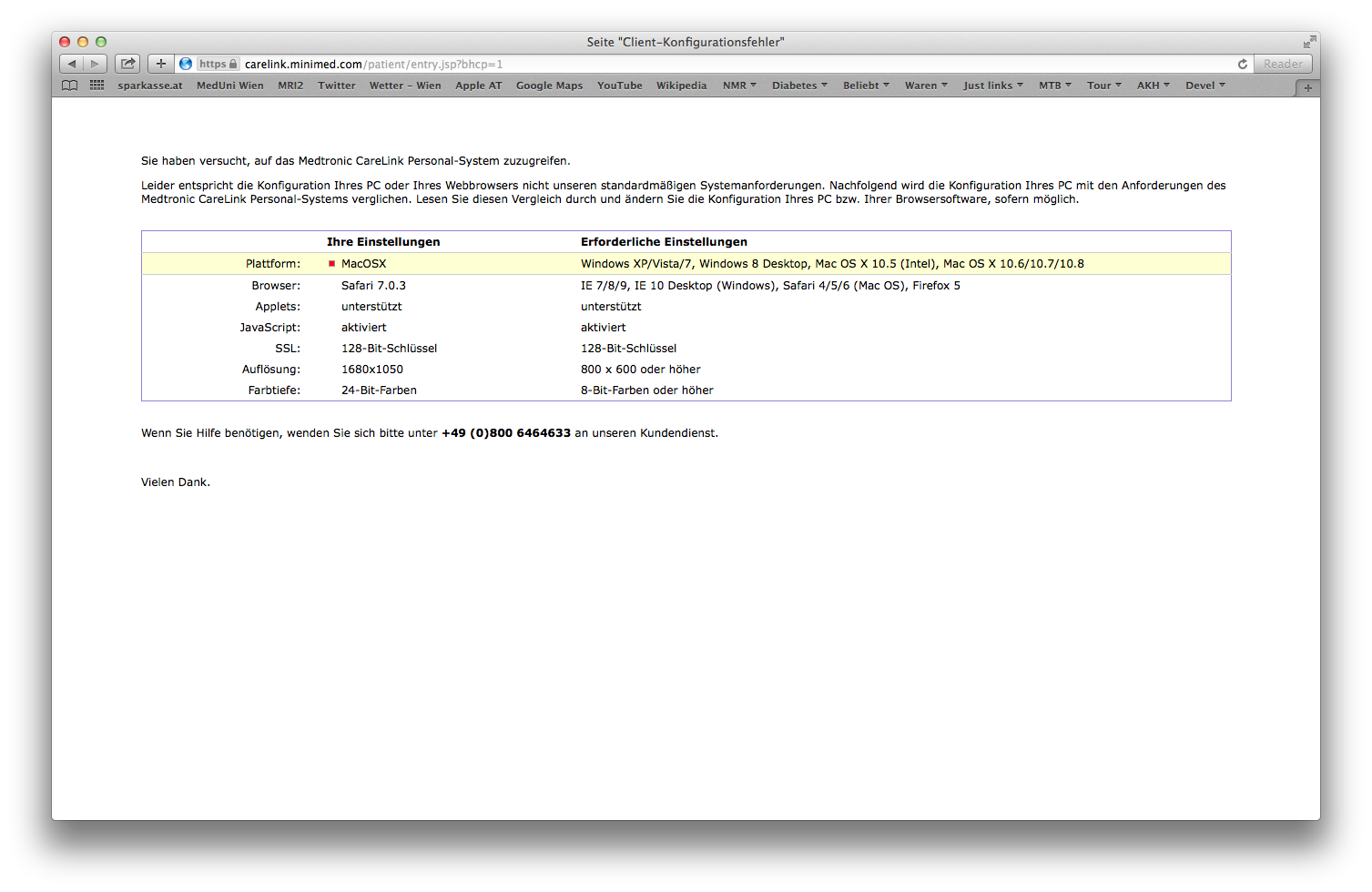 Therefore now I use VirtualBox with Windows to get my data from the pump to the Carelink website with Carelink USB. Anyway I waited few months. But after almost 6 months nothing changed so I wrote to Medtronic on Facebook. Why Facebook? Because I couldn't find their e-mail anywhere.

Martin:
Well Medtronic Diabetes, I am still quite unhappy about this website: carelink.minimed.com. As a Mac user I cannot proceed further because I have the Mac OS X 10.9 and latest supported version is Mac OS X 10.8. Mac OS X 10.9 was released on 22nd October 2013. Since then I have to upload the data from my insulin pump through virtual machine with Windows XP. I use CareLink USB.I mean it is about half a year after the Mac OS X update and still the same error that my system is not supported. Quite big pain in the ass to be honest.I hope you will fix this soon Many thanks in advance.

Medtronic:
Martin, I know this can be frustrating, but the development, testing and regulatory approval process are designed to protect the safety of people like you who rely on healthcare software to manage their diabetes. Like other software companies, we begin testing with Beta version of a new OS but can only complete the development process once the final version of the software is released. However, unlike many software companies, CareLink is considered “medical device software”. Therefore, once the testing is complete, it is still required to go through government regulatory processes, which can take several months. This creates a time lag between the release of a new OS and our new version of CareLink.